In this post (https://zoumana.wordpress.com/2014/06/16/zero-downtime-deploiement-sur-tomcat7/), i talked about the Zero Downtime deployment feature inside tomcat 7 and later.

To summary this was about deploying a newer version of the same app within the same tomcat container keeping the previous WAR serving the HTTP requests until the new version is successfully deployed to take over the next users’ requests.

Today the target is the same:  avoiding to take an application off-line during an upgrade for the happiness of end users 🙂 but through one of Amazon Web Services feature: Elastic Load Balancer! 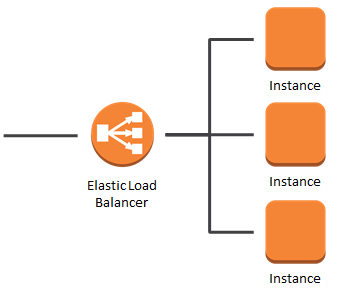 Blue Green Deployment:  Upgrading a service by adding progressively newer application version instance inside the current application pool. Both version coexists: we increase N+1 instances and decrease N instances number. (CAUTION about database upgrades. I just think about it while writing but this is suitable for NoSQL app based)

With ELB it’s very simple to achieve one of those deployment style whatever your purpose is: blue-green upgrade or feature testing one

While setting up an ELB: you have to setup the load balancing protocol part and then specify the EC2 instances that are part of your load balancing pool. You can dynamically add or remove instances for the ELB settings serving or no more serving requests to them.